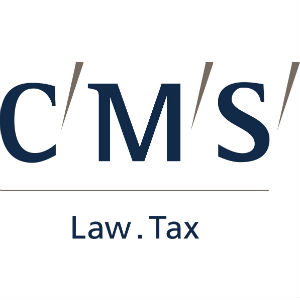 The latest CMS Emerging Europe M&A report, published in cooperation with EMIS, shows that the UK was the largest foreign investor in emerging Europe by value (EUR 9.77bn), and the USA by volume (89 deals), in 2018.

This marks a shift from 2017, when China dominated the table by value, owing in large part to the $9bn CEFC China Energy-Rosneft deal. Without the presence of Chinese megadeal, China slipped down the table to fifth place by foreign investors in 2018. Overall, cross-border deals were up 20.1% by value to EUR 53.4bn while domestic deals remained stable at EUR 27.1bn.

Helen Rodwell, Partner in the CEE Corporate Practice, CMS, comments: “M&A activity has been surprisingly buoyant. Markets have reached a size and level of sophistication that makes them more aligned to western European expectations and standards and that is reflected in interest from international investors including private equity funds and corporates.”

M&A activity in Slovakia hit a four year high in 2018, with 54 deals recorded (up 28.6%) although with a notable absence of mega transactions resulting in total deal value figures lowering by 23.5% to 0.35bn. Real Estate, Manufacturing and Telecoms & IT were the dominant sectors, accounting for over half of the transactions on the market. A particular highlight was the acquisition of Aupark Office Tower by Wood & Co from Heitman – the largest office transaction in Slovakia in the last seven years.

Another solid year for emerging Europe

Strong economic growth across emerging Europe combined with a stable international economy for most of the year created a conducive environment for deal making in 2018. While overall deal numbers were slightly lower than 2017 (down 0.9%), a handful of megadeals such as Vodafone’s EUR 6.07bn purchase of Liberty Global’s CEE operations, pushed values to EUR 80.5bn, the second highest level in the past five years.

Radivoje Petrikić, Partner, CEE Corporate Practice, CMS: “There is a lot of potential for growth and development in the Balkans which is why it is attracting interest from international investors. The challenge for them is the availability of the right targets.”

As the largest economy, Russia enjoyed the biggest number of deals (605), but that was 10% down on the previous year and the lowest since this report was first published in 2012, reflecting sluggish growth, estimated at 1.7% by the IMF.

Stefan Stoyanov, Global Head of M&A Database, EMIS: “Once the uncertainty around Brexit is resolved, there could be some uptick in M&A as investment plans put on hold are likely to resume. Free capital at PE and pension funds will not sit idle for long and although the general feeling is that the region might be turning a bit more volatile than before, the challenges will surely also create opportunities for those quick to adapt and with deep pockets.”

Poland was the second most active country in the region, with 323 deals in 2018. Almost a quarter of those were in the Real Estate & Construction sector, with Poland claiming seven of the 20 biggest property deals in the region including the Wars Sawa Junior shopping centre, bought by Atrium European Real Estate of Austria for EUR 301.5m. Despite a cooling down from the boom years, Romania remains one of the fastest growing economies according to recent IMF data. It experienced a significant rise in M&A deal value (73%) in 2018, thanks to a surge in telecoms sector activity, as did Hungary which saw a 70.5% rise in deal value. This is despite deal volumes dipping in both countries in 2018.

Elsewhere, Serbia, Slovakia and Slovenia were seen as the region’s rising stars, enjoying strong growth and a busy period for M&A. Notably, Serbia saw deal numbers and values jump to record highs, claiming such deals as the sale of a stake in RTB mining to Zijn of China for EUR 1.3bn and the privatisation of Nikola Tesla airport.

Growing demand for mobile communications, broadband and cable, combined with a wave of consolidation across Europe, saw the telecoms and IT sector catapult to the top of the table by deal valuation at EUR 18.18bn. The most active sector was once again real estate and construction, which saw the number of deals rise by 10.8%. The private equity sector base in emerging Europe has continued to grow as international firms take an increasing interest. This was reflected in a year of intense activity in 2018 as the number of deals rose by 15% to 307, close to the all-time high reached in 2015.

One of the questions in 2019, given some of the uncertainty around global trade and growth, is whether current levels of activity can be sustained. The report found growth rates in many countries in CEE left Western Europe, USA and Japan lagging behind, and provided a backdrop that has given companies and investors’ confidence to look at opportunities in emerging Europe.

Perhaps the biggest threat to continued growth and the healthy M&A market in emerging Europe is what happens outside its borders. Provided the global economy remains on track, emerging Europe’s strong growth, expanding domestic markets and evolving legal and professional services ecosystems should provide investors with the confidence that they can do business in the region and maintain momentum in M&A activity.

The “Emerging Europe M&A Report 2018” shows trends in 15 emerging CEE/SEE countries based on EMIS M&A data for 2012-2018, combined with commentary, insights and forecasts for 2019 provided by CMS.

CMS provides clients with specialist, business-focused advice in law and tax matters. With our 4,500 legal professionals across the world, working in sector-based teams and expert in project management, our focus is on our clients and fulfilling their objectives.

EMIS operates in and reports on countries where high reward goes hand-in-hand with high risk. The EMIS platform provides time-sensitive, hard-to-get, relevant news, research and analytical data, peer comparisons and more for over 120 emerging markets. EMIS licenses content from the cream of the world‘s macroeconomic experts, the most renowned industry research firms and the most authoritative news providers. This is combined with proprietary company and M&A research to offer a multi-faceted view of each emerging market. Formed over 20 years ago, EMIS employs nearly 300 people in 13 countries around the world, providing intelligence to nearly 2,000 clients. EMIS is part of the ISI Emerging Markets Group.