﻿Tesco is strengthening the network of its shops, it is opening a brand-new supermarket in Petržalka 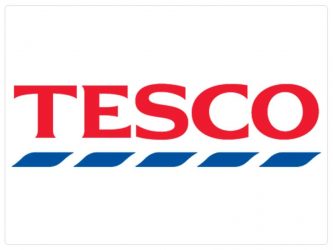 Tesco has been operating in Slovakia for over 20 years, during which time it has continually improved customer service. While last year the company was focusing on optimising the network of its existing stores, this year it is introducing several novelties: extending the online shopping into new locations; opening the Galéria shopping centre in Petržalka and brand-new stores in several towns in Slovakia. One of these is a Tesco supermarket on Farského Street in Petržalka, Bratislava. Thanks to the new format, it will bring an even better shopping experience for customers.

Shoppers in Bratislava can now do their shopping in a brand-new Tesco supermarket in the TPD shopping centre on Farského Street in Petržalka. In addition to fresh and non-perishable food, the new store will offer to customers drugstore products and popular F&F clothing range. During the opening week, every customer who spends at least €10 will receive a coupon for 10% off for their next shopping trip.

“I am delighted to announce the opening of a brand-new store in Slovakia, supermarket on Farského in Bratislava after a longer time. Our new format supermarket strengthens our existing network of 150 Tesco stores in Slovakia, which have been bringing food to people all over Slovakia for over 20 years. During this period, we have been committed to serve our customers every day a little better, and to be there for them at all times. The last few weeks have especially highlighted the important role we play in providing food for all and helping the most vulnerable. After extending our Online Shopping service to nearly 600,000 new customers, we are introducing more novelties such as the Galéria shopping centre in Petržalka and other new Tesco stores as well as the launch of Žabka franchise network, where we will benefit from our rich experience in neighbouring Czechia,” said Martin Kuruc, Tesco’s Managing Director in Slovakia.

Community support is an important part of everything that Tesco does. On the occasion of the new store opening, Tesco is providing financial support to the Kaspian civic association, which improves the lives of children in Petržalka. Tesco is donating one euro from each purchase over 10 euros during the first two days from the supermarket opening. Kaspian operates social work and education programmes aimed at young people, which will also benefit from the support of Tesco mobile. Tesco´s partner operator is donating four mobile phones and a package of SIM cards to the organisation.

“Tesco is a strong part of the communities, where it operates. We have been continuously supporting where it is most needed. We recognise that the most vulnerable need our help more than ever in the current situation. I am therefore all the more pleased that the supermarket in Petržalka will be joining the food donation scheme as soon as it opens and will join our other 150 stores that already help people in need every day,” explained Martin Kuruc.

The new Tesco supermarket on Farského Street will offer work for nearly 30 new colleagues. In Slovakia, Tesco employs nearly 10,000 colleagues in total, including several hundred temporary colleagues who were temporarily out of work and have supported Tesco’s stores and Online Shopping services in the current extraordinary situation.

The new supermarket will of course apply strict safety measures to protect colleagues and customers. “We are making every effort to ensure that people across Slovakia can shop safely. Although life is now starting to return to normal, the preventive measures we have implemented will remain in place in all 151 shops for the foreseeable future so that customers feel as safe as possible when shopping with us,” emphasises Martin Kuruc from Tesco.