Michal Weis, founder of IBL Software Engineering, spol. s r.o. is the EY Entrepreneur Of The Year 2017 for the Slovak Republic 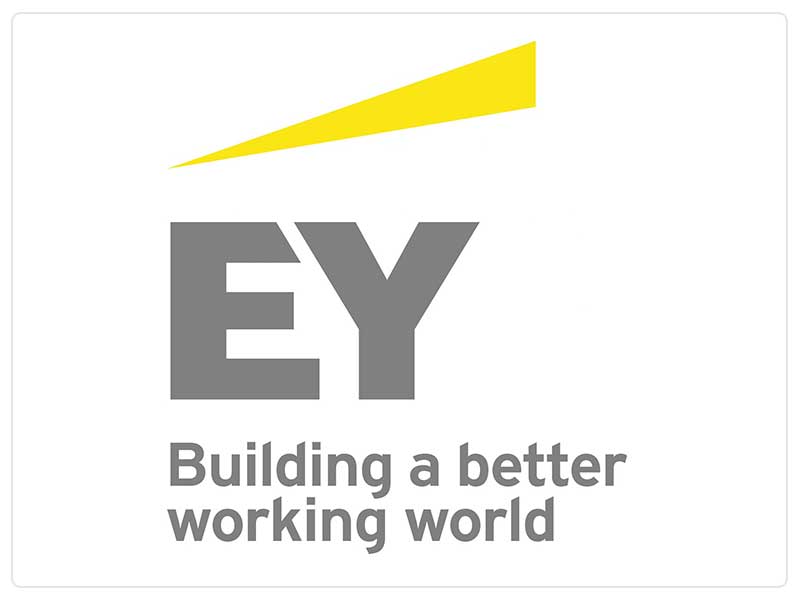 “I admit that I was shocked the first moment I heard my name. All the stories during the evening were amazing; I had my own tip for the winner, and did not dare dream it would be me. I feel greatly honored to receive this award, but I know that it does not just belong to me, but also to my colleagues who form IBL and every day put their hearts into the company,” said Michal Weis, founder as well as CEO IBL Software Engineering, spol. s r.o., conveying his feelings after receiving the award. He added: “I also want to say thank you to three extraordinary people who I was lucky to meet in my life: my wife whose support enabled me to devote so much effort to the company, my business partner Herbert who placed trust in me and Miro Trnka, who taught me that to do business responsibly and honestly is meaningful.”

“The mission of this contest is not just to recognize successful entrepreneurs, but also to inform the public about inspiring entrepreneurial stories. The business and activities of Slovak entrepreneurs often extend beyond the boundaries of our country and we should be rightfully proud of them,” said Matej Bošňák, Country Managing Partner of EY in the Slovak Republic, adding: “Winners, holders of the title EY Entrepreneur Of The Year for the Slovak Republic represent our country at the world finals in Monte Carlo, which enables us to present our best entrepreneurs to the world.”

This year, from more than 100 nominations received, 28 individual entrepreneurs qualified for the contest. The jury had 10 members and evaluated the candidates on the basis of the contest’s international criteria: entrepreneurial spirit, innovation, personal integrity/influence, financial performance, strategic orientation and nationwide/global impact.

“From the many competitive products from unique Slovak entrepreneurs whose know-how goes beyond borders of our country, the jury chose the best. It was not an easy task as the nominated entrepreneurial stories all had a similar strength. Finally, they decided to select that business story which, thanks to its considerable appeal, has conquered almost the entire meteorological world,” said Jozef Klein, Jury Chairman  and holder of the EY Entrepreneur Of The Year 2016 title. He further commented on the jury’s decision as follows:

“The entrepreneurial story of Michal Weis is about the courage to do business, brought together with ambition, a timeless approach, a product precisely targeted to the market, as well as liaison with the right foreign partner. This story is all the more positive because everything is the product of human wisdom and human creativity.”

“What you need in business is talent, courage, stamina and a bit of luck. Our winners are proof that when these ingredients are properly mixed, the result is an outstanding recipe for success. Congratulations to the winners and I am very happy we could be part of this,” said Andrej Viceník, member of the Board of Directors and Managing Director of the Corporate Banking Division of Všeobecná úverová banka, the exclusive partner of the contest.

Michal Weis started programming and exploring the principles behind computers at the age of nine. At the beginning of his university studies he set up a team in ESET with the aim of developing a new generation of antivirus software which laid the foundations for the company’s global success.

He was first introduced to meteorology when helping his mother, who worked for the Slovak Hydrometeorological Institute (SHMÚ), to launch German software.

Dreaming of international success, after finishing his university studies in 1997, he and his German partner set up a meteorological software company – IBL. After 20 years, the company is now a world leader in installations on all continents, providing software to national meteorological organizations, airports and armies all over the world.

The company’s most important credo is reflected in its positive family-like atmosphere, combined with exceptionally high standards, not just in employee relations, but also towards clients. Thanks to this, the company has become a strategic partner to large international and transnational organizations, making Slovakia the recognized number one in the field.

With his life vision to help worldwide, Michal Weis now continues to develop new technologies that help save lives and protect our planet.

The other EY Entrepreneur Of The Year 2017 finalists were as follows:

The award of the EY Technology Entrepreneur Of The Year 2017 category was won by Lívia Naništová, co-founder of Novplasta, s.r.o.

The title of the EY Emerging Entrepreneur Of The Year 2017, targeting entrepreneurs whose companies have been in business for at least two and not more than five years, was awarded to Lucia Čierna, Barbora Bilčíková and Petra Bilčíková, co-founders of Fertucha, s.r.o.

Partners of the EY Entrepreneur Of The Year 2017

The contest’s exclusive partner is Všeobecná úverová banka, its general partner is SAP Slovensko and the contest’s partners are Slovanet and Chivas Regal, the Scotch whisky brand. The official vehicle of this year’s contest is BMW. The image partner is Marco Mirelli. The main media partner is Rozhlas a televízia Slovenska and Rádio Slovensko, and other media partners are the daily newspapers Hospodárske noviny and SME, the weekly Trend, the monthly Forbes and Profit, television TA3 and Startitup, the biggest Slovak start-up and business portal.

About the Entrepreneur Of The Year contest

EY Entrepreneur Of The Year is the world’s most prestigious business award for entrepreneurs. Its aim is to present to the general public exceptional business figures, whose success stories may inspire young, budding entrepreneurs. The EY Entrepreneur Of The Year contest was conceived as an international competition, so the judging criteria used to evaluate individual contestants are comparable in each participating country. At present, it is the only truly global business recognition contest held on six continents in 60 countries. For more information, please visit www.podnikatelroka.sk.

EY is a global leader in assurance, tax, transaction and advisory services. The insights and quality services we deliver help build trust and confidence in capital markets and economies the world over. We develop outstanding leaders who team to deliver on our promises to all of our stakeholders. In so doing, we play a critical role in building a better working world for our people, our clients and our communities.