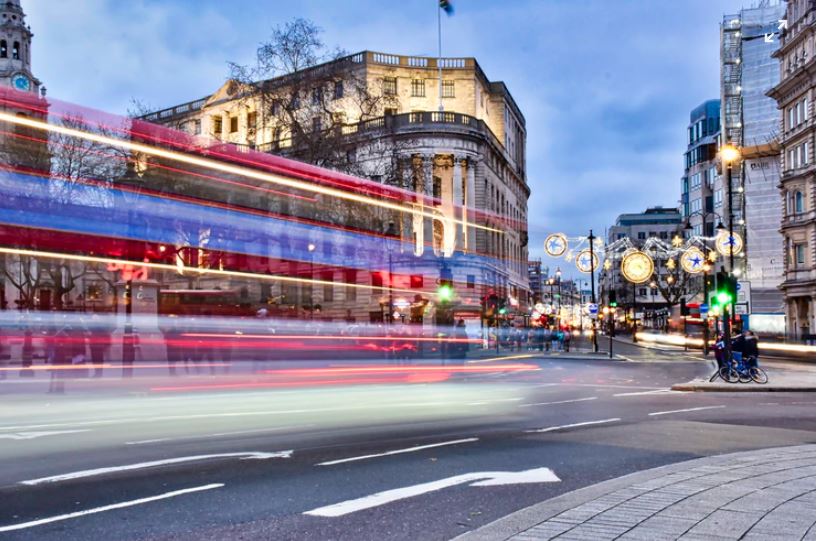 The British Chambers of Commerce’s Quarterly Economic Survey (QES) – the UK’s largest independent survey of business sentiment and a leading indicator of UK GDP growth – has found a marked improvement in business conditions in Q2 as covid restrictions eased.

The survey of over 5,800 firms showed that some key indicators, such as domestic sales and business confidence, displayed significant rises, as more firms reported improved conditions, with some indicators returning to pre-pandemic levels as Covid restrictions have eased. However, it also showed steep rises in the number of firms, particularly manufacturers, expecting to raise prices, and in businesses citing inflation as a cause of concern.

44% of firms overall reported an increase in domestic sales in Q2, rising from 28% in Q1 and indicating the first significant rise in this metric since the initial rebound from the first lockdown in Q2 2020.  20% reported a decrease, compared to 40% in Q1, while 35% reported no change.

Within the service sector, firms who have continued their operations more steadily through the pandemic, saw further improvement. Marketing and media, at 52%, had the highest proportion of firms reporting increased domestic sales in Q2, followed by professional services (46%), up for both from 35% in Q1. The proportion reporting decreases in Q2 was 16%, down from 33% and 29% respectively in the last quarter.

Consumer services (35%) had the smallest proportion of firms reporting increased domestic sales in Q2 (up from 19% in Q1), followed by hotels and catering at 38% (up significantly from 7% in Q1).

In the services sector generally, the balance of firms reporting increased domestic sales increased to +20% in Q2, up from -18% in Q1. This is the highest level since Q3 2018.

In the manufacturing sector, the balance of firms reporting increased domestic sales increased to +28% in Q2, up from -6% in Q1. This is the highest level since Q1 2015.

The indicator for cash flow showed signs of improvement although by less significant levels than domestic sales. 32% of firms overall reported an improvement in cash flow, a 12-point rise from Q1. 43% reported no change and 26% reported a decrease, down from 41% in the previous quarter.

Hotels & catering firms saw an improvement in cash flow after three quarters of worsening indicators. 47% reported a decrease in cashflow in Q2, down from 81% the previous quarter, with nearly a third (30%) reporting an increase, up from only 7% in Q1.

In the services sector, the balance of firms reporting improved cashflow increased to +5% from -26% in Q1. This is the highest level since Q3 2019.

In the manufacturing sector, the balance of firms reporting improved cashflow decreased to +5% from -17% in Q1. This is the highest level since Q4 2018.

65% of firms overall said they expected their turnover to increase over the next 12 months, an increase from 55% in Q1. 11% expected it to decrease, compared to 22% reporting a decrease in Q1.

In the services sector, the balance of firms reporting expecting turnover to increase over the next twelve months rose to +49% in Q2, up from +24% in Q1, the highest level since Q3 2015.

In the manufacturing sector, the balance of firms expecting turnover to increase over the next twelve months increased to +52% in Q2, up from +33% in Q1, the highest level since Q1 2015.

The percentage of firms reporting increased investment in plant & machinery returned to pre-pandemic levels. 27% overall reported an increase, up from 19% in previous quarter, with 17% reporting a decrease, down from 30%.

In the services sector, the balance of firms reporting expecting to increase their prices rose to +31% in Q2, up from +27% in Q1, the highest level since Q1 2019.

In the manufacturing sector, the balance of firms expecting to increase their prices rose to +58% in Q2, up significantly from +27% in Q1. This is the highest level in the history of the QES dataset starting in 1989.

Raw materials costs are cited as the key driver of rising prices, with 89% of manufacturers citing this, while the upward pressure from pay settlements was little changed, cited by only 17% of manufacturers.

46% of respondents cited inflation as an external factor of concern to their business, the highest

Fiona Edwards, Head of Sustainability at St Albans-based office furniture business JPA Workspaces, said: “As of March 17th last year a large chunk of our income just completely disappeared. We decided to use the infrastructure we have for moving and fitting to help our local NHS Trusts make space for much needed covid beds.

“We are starting to see enquires pick up now but there is a real possibility there will be a bottleneck, so it could be some time before we can transact on these. We do not expect to be back trading at our pre-pandemic level until next year at best.”

“We are really concerned that when our clients come back there is going to be a massive shock in terms of pricing. The price of raw materials has just shot up dramatically. Our steel manufacturer was paying £500 a tonne in December, it went up to £1000 a tonne in February and it is now close to £1300 a tonne. We’re seeing shortages of metal, timber, cardboard and foam. The effect of all this on lead times and prices could come as a real shock to our customer base.”

JPA Workspaces is an independent, family-run business founded in 1974 by Fiona’s dad. Fiona now runs the business alongside two of her siblings. They are a certified Carbon Neutral organisation and patron of the Hertfordshire Chamber of Commerce.

To view a picture of Fiona please click here

Tim Squires, Commercial Director of Coventry-based parts manufacturer Squires Gear, said: “In the last few months the price of raw materials has absolutely skyrocketed. This means we have to pass on some of the cost to customers, and while many are willing to pay because they are aware this is a widespread issue, some just aren’t in a position to take on any additional costs.”

“A key issue even beyond the increased cost, is the actual availability of the material at all. With one of our key components, we should be able to manufacture 6000 a week but we are currently only making 4000 a week because there simply isn’t enough steel in the supply chain.”

Squires Gear was founded in 1985 by Tim’s father and grandfather, they manufacture around 300,000 parts a year and are a member of the Coventry and Warwickshire Chamber of Commerce.

To view a picture of Tim please click here

“Our latest survey points to a striking rebound in underlying economic conditions in the second quarter.

“The UK economy is in a sweet spot right now with the rapid vaccine rollout, the release of pent-up demand as restrictions eased and ongoing government support driving a strong revival in indicators of activity in the quarter.

“The rebound in services activity was distinctly two-paced, with business services providers recording the biggest gains in the quarter while consumer-focused services firms, where the remaining restrictions most limit activity, saw the smallest improvements. Manufacturers enjoyed a notably strong three months, despite ongoing supply chain disruption.

“The historic uptick in price expectations suggests that inflation will drift markedly higher over the near term. However, with our results also showing little evidence that higher inflation is becoming embedded in higher pay settlements, the MPC should have sufficient scope to tolerate a marked period of above target inflation.

“The upturn in forward-looking indicators points to a summer economic rebound. However, the second quarter may be the high point for the UK economy with momentum likely to fade somewhat later this year when government support ends and the transient boost from the economy reopening dissipates.”

Responding to the findings, Director General of the British Chambers of Commerce Shevaun Haviland, said:

“This latest set of results show that an economic recovery is beginning to take shape, but our members are also telling us that many businesses are far from being out of the woods yet. Whilst firms may be beginning to finally see cash coming in, most have a long way to go before they are trading at pre-pandemic levels.

“We must also not forget that while some sectors are now able to operate relatively freely, many such as travel remain heavily restricted, and some are still forced to stay closed altogether. These businesses still have their ability to trade limited by law yet are now seeing government support removed just as they can see light at the end of the tunnel.

“These firms have fought incredibly hard to get to this point and they deserve the chance to contribute to the recovery, and it is not too late for government to give them that. The taper of government payments into the furlough scheme should be immediately deferred until we take the final step in the roadmap, and further grant support should be extended to the worst affected businesses.  “Government should not see the signs of recovery demonstrated in our results as job done, they should see it as game on. Now is the time for government to work with the Chamber Network to rebuild our country into a better place to do business than it has ever been before.”