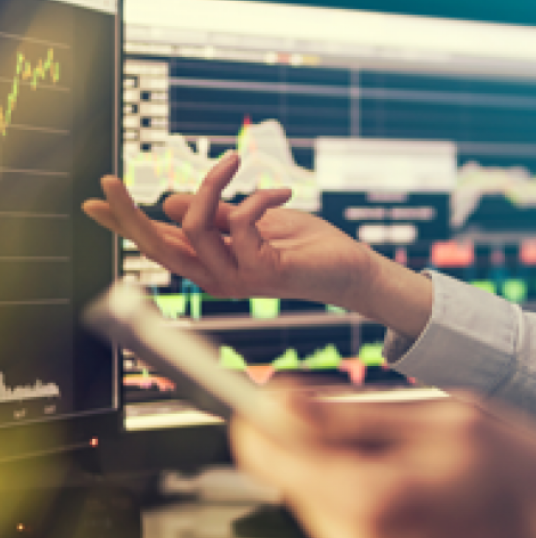 The survey of almost 5,500 firms showed that some indicators also revealed a continued stagnation in the proportion of firms reporting improved cashflow and increased investment. Inflation is the top issue for firms, while a rise in the interest rate was also a cause for concern for many.

45% of respondents overall reported increased domestic sales in Q4, down from 47% in Q3. 16% reported a decrease, unchanged from Q3.

In the services sector, the balance of firms reporting increased domestic sales dropped to +26% in Q4, from +31% in Q3.

In the manufacturing sector, the balance of firms reporting increased domestic sales was +22% in Q4, down from +28 in Q3.

Prior to the surge in Omicron infections, hotels and catering had been most likely to report increased domestic sales (55%). This represented the beginning of a potential recovery as the sector was also the most likely to report decreased sales throughout the rest of the pandemic. 94% reported decreased sales and cash flow at the start of the pandemic in Q2 2020. Worryingly, a similar decline is now possible in the face of the Omicron variant and the implementation of Plan B which led to new restrictions for some.

58% of firms expect their prices to increase in the next three months, the highest on record. Only 1% expected a decrease.

The percentage expecting an increase rises dramatically to 77% for production and manufacturing firms, 74% for retailers and wholesalers, 72% for construction firms, and 69% for transport and distribution firms. These are the highest on record.

When asked whether firms were facing pressures to raise prices from the following factors, 94% of manufacturers cited raw materials, 49% cited other overheads, 30% cited pay settlements, and 13% cited finance costs.

When asked what was more of a concern to their business than three months ago, 66% of firms overall cited inflation (compared to 52% in Q3 and 25% in Q4 2020), the highest on record. For production and manufacturing firms, this rises to 75%.

The percentage mentioning interest rates as worry among manufacturers stood at 28% in Q4, the highest seen since the metric was first collected in Q4 2009 and up from 21% in Q3.

The percentage citing interest rates a concern among service sector firms stood at 29% in Q4, the highest seen since Q3 2014 and up from 22% in Q3.

For firms overall, 31% reported an increase to cash flow, while 46% reported no change and 23% reported a decrease.

Given these figures were reported before the full impact of Omicron and the introduction of Plan B, this metric is a cause for concern, as some firms are still struggling to recover from large scale losses incurred since the start of the pandemic.

Most firms still not investing

Investment in plant, machinery, or equipment also continued to flatline in Q4, with 29% overall reporting an increase, while 60% reported no change, and 11% a decline.  This was largely unchanged from Q3 and Q2.

“Our latest survey suggests that UK’s economic recovery slowed in the final quarter of 2021 as mounting headwinds increasingly limited the key indicators of activity.

“The persistent weakness in cash flow is troubling because it leaves businesses more exposed to the economic impact of Omicron, rising inflation and potential further restrictions.

“The record rise in price pressures suggests that a substantial inflationary surge is likely in the coming months. Rising raw material costs, higher energy prices and the reversal of the VAT reduction for hospitality are likely to push inflation above 6% by April.

“The notable uptick in concerns over higher interest rates underscores the need for the Bank of England to proceed with caution on further rate rises to avoid undermining confidence and an already fragile recovery.

“The UK economy is starting 2022 facing some key challenges. The renewed reluctance among consumers to spend and staff shortages triggered by the Omicron variant and Plan B may mean that UK GDP falls in the near term, particularly if more restrictions are needed.

“Rising inflation is likely to weaken the UK’s growth prospects this year by eroding consumers’ spending power and squeezing firms’ profit margins and ability to invest.”

Responding to the findings, Director General of the British Chambers of Commerce, Shevaun Haviland, said:

“Our latest survey paints a challenging picture for the UK economy as we start 2022.

“Many businesses were facing a struggle to improve their cashflow and raise investment even before the Omicron variant surged and Plan B was imposed.

“Supply chain disruption is continuing to persist, inflation is soaring, and rising energy costs are presenting firms with a huge headache.

“With companies now having to grapple with the impact of Omicron and further changes to the rules on imports and exports of goods to the EU, there are significant hurdles for businesses in the months ahead.

“The Government has listened to our previous calls for support, and it must do all it can to steady the ship and steer the economy through these uncertain times. If the current restrictions persist or are tightened further then a more comprehensive support package that matches the scale of any new measures, will need to be put in place.

“The focus must be on creating the best possible environment for businesses to grow and thrive. By supporting firms, they can begin to generate wealth, create jobs and support communities.

“That is by far the best way to sustainably deliver the tax revenue the government needs to support public services and the wider economy.”